JavaScript is disabled in your web browser or browser is too old to support JavaScript. Today almost all web pages contain JavaScript, a scripting programming language that runs on visitor's web browser. It makes web pages functional for specific purposes and if disabled for some reason, the content or the functionality of the web page can be limited or unavailable.
Advertise With Us
About Us
Listen
Watch

T&T’s sprinter Jereem Richards on his way to setting a new championship record breaking time of 19.83 seconds at the NGC/NAAATT National Open Track and Field Championships at the Hasely Crawford Stadium in Mucurapo, Port-of-Spain, on Sunday. 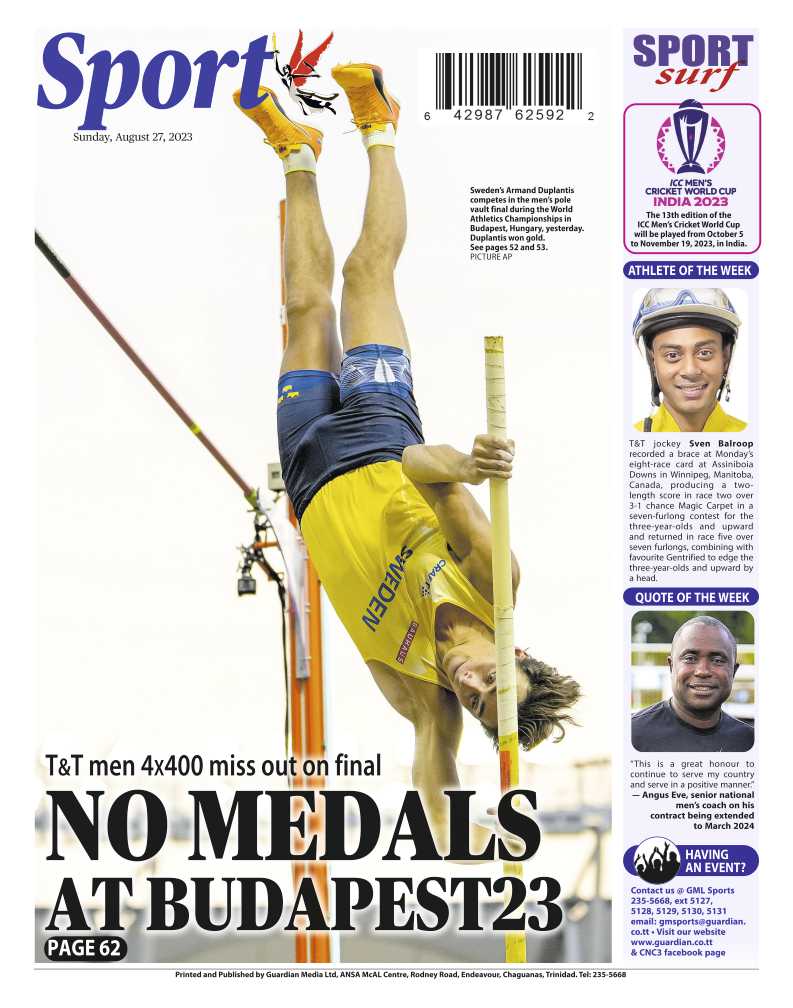 T&T's Neveal Hackshaw (No 15) scores the winning goal for the "Soca Warriors" against Bahamas during their second match of the Concacaf Nations League at the Hasely Crawford Stadium in Mucurapo on Monday night. T&T won 1-0.